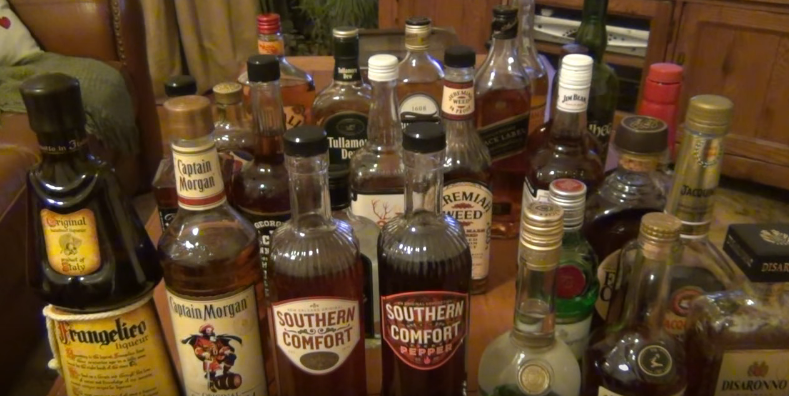 Drinking alcohol has been part of people’s lives. In special occasions or friday night out, alcohol has always been present. As this is a common thing, so are talks about it. These are primarily about health concerns. In early generations, this topic is not even a point for debate. Drinking alcohol was seen as nothing more than a bad habit. However, supposed health benefits of alcohol have brought about a new perspective on drinking alcohol. Before, the only good way to go about this topic is to talk about moderation. But, nowadays, alcohol consumption as partly good for the health is the game. Since then, debate about alcohol intake has gained popularity. Many argue that it is absolutely bad. Some say that effects are relative. But what is really the deal? How should we go about alcohol intake? Is it even a point of discussion?

Probably, many would say mind your own business. But, they should be more than cautious when it comes to alcohol. It has more in it rather than just being a drink. How does alcohol affect our body?  Certainly, drinking alcohol brings about change in bodily functions. It may be temporary, such as getting tipsy or drunk. But, it can also be a long term effect such as a health complication. For the longest time, alcohol has been considered risky to health. Not known to many is the fact that effects vary per person. Depending on the drinker’s weight, gender or previous health condition, impact of alcohol may differ. On a general note, alcohol affects both the physical and emotional state of a person. Effects are relative but undeniably present. It may be evident or not. So, it would be worth the read to know its pros and cons.

First is the list for the classic “alcohol is bad” argument. Most points raised for this is grounded on cases of alcohol addiction. Before dwelling to that, temporary effects should be the focus. Alcohol intake makes people have less self-consciousness. Thus, drinkers might have little to no sense of good judgment. This consequently leads to possible “blackout.” When this happens, one does not remember anything upon drinking. This may be temporary. But, regular intake may result to permanent changes in the brain’s activity or functions. As for the long term effect, the liver is predominantly damaged. It is the organ which is encharged to control toxin levels. According to studies, the liver, when subjected to amounts of alcohol, may be inflamed or worse permanently damaged. With regard to cardiovascular health, it may either be positive or negative. Moderate drinking is believed be good. This is because it supposedly reduces heart disease risks. However, heavy intake aggravates the same. It may lead to heart attacks. Strokes are also of high probability. Other diseases correlated with drinking are cancer, dementia, depression, cirrhosis and nerve damage.

The most talked out negativity about alcohol is addiction. This addiction is pertained to or popularly known as “alcoholism.” It is characterized by excessive alcohol consumption. This is accompanied by an alarming intake practice whether time or amount. As for time, alcoholism is most probable when one drinks on a daily basis. On the other hand, heavy amounts also call for attention.

Moving on, the following are the proposed health benefits from alcohol. Among others, red wine contains numerous if not the most antioxidants. Therefore, it tops the list for beneficial alcoholic drink. Another said benefit is reduced death risk. Also, a study showed that it can help prevent the so called common cold. Some claim that it helps boost or maintain memory capacity. And others say that it can even burn fats. For beer, on the other hand, it has been linked to stronger bones. Beer is also claimed to help the kidneys and lessen the risk of diabetes.

Drinking may be categorized as moderate (1-women and 2-men) or heavy (3-women and 4-men) based on standard drinks. Some experts have shut down the “moderate drinking is good” belief. This is because impacts in health may not be immediately evident as aforementioned.

To many, the negative effects still outweigh the recent supposed positive effects. Their take may be based on research or possibly experience. However, let us not be fooled by word of mouth. Though many might be true, quite a number might also be wrong. In the end, everything has its two folds. Provided that alcohol’s effects are recognized, it’s completely up to the consumer to take the good or bad in it.